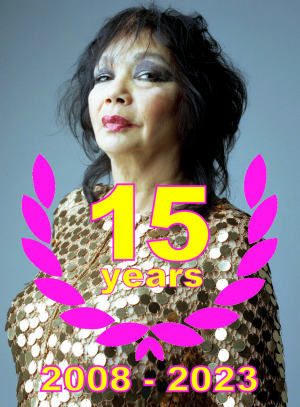 Iggy Rose was one of Syd Barrett's girlfriends in 1969. She is most famous for being the model on his solo album: ' The Madcap Laughs'. Nicknamed Iggy the Eskimo, it was rumoured she was part Inuit.

Roger Keith Barrett was a founding member of Pink Floyd who couldn't cope with the constant stress of touring, recording and giving silly interviews on TV. One day, in 1967, he was thrown out of the band and was not heard of ever since...

Named after a whale's dong this band got ridiculously popular in the mid-Seventies. Since 1995 they are mainly in the recycling business, skimming the fan's wallets with anniversary releases, remastered albums, over-priced box sets and marbles.

Created in 2008, over ten years ago, the Holy Church of Iggy the Inuit, not only managed to find Iggy back, but also proved to be a thorn in the flesh of all things Pink Floyd.

I have been a Pink Floyd fan since the mid-seventies, with a special interest for the early days of their career. I have been active on several Floydian fora, websites and mailing groups since the Publius Enigma days. On this blog I write critical and often ironical articles about the Floydosphere, the so-called Cambridge Mafia, Syd Barrett and his many friends (m/f).

The name of this blog is a friendly nod to Iggy Rose, girlfriend extraordinaire, who was known to the underground as Iggy the Eskimo.

Because where would the internet be, without things to click, right?

Back to the top of the page.